TCL is one of the world’s leading consumer electronics manufacturers with a presence in 78 countries around the world and has now grown to be one of the most successful television brands in Australia. 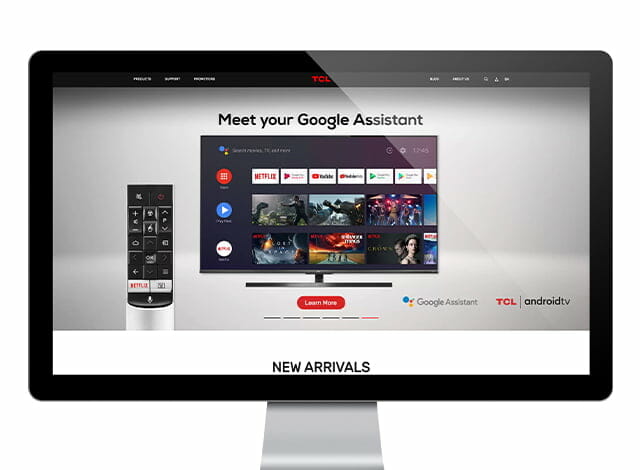 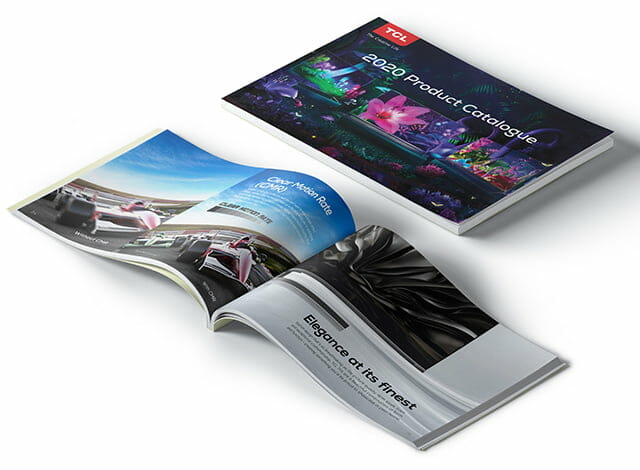 TCL were excited to showcase their upcoming technology line-up with advancements in TVs, Soundbars, Mobiles and Refrigeration during 2020. The aim was to highlight key differences between each TV and make it clear to customers exactly what they were getting when purchasing each model. Incorporating the new categories into marketing campaigns was the next step as TCL wanted to improve brand awareness and put the idea in customers minds that they are no longer just a TV brand.

Clutch Digital worked together with the TCL Marketing team on ‘Key Visuals’, creative concepts and design and layout. TCL were very pleased with the outcome – a high-end look printed brochure and a dynamic range of eye-catching in-store displays that attracted the consumer’s attention and delivered the TCL brand look and feel which complemented its new range of products.

We are responsible for designing, building and ongoing maintenance of the Australian TCL website. With each new year comes the launch of a new product range and in turn a new look and feel for the product pages. We made sure we looked at any functionality improvements such as loading speed and mobile responsiveness.

At the beginning of 2020 Clutch Digital collaborated with one of TCL’s major sponsors, the Melbourne Victory Football Club. We were tasked with creating a video for their Kick for Cash campaign that began at the end of February and continued into March. Working with one of their star players, Marco Rojas, Clutch Digital produced a professional video just outside of Melbourne Victory’s home stadium AAMI Park to further promote the competition via their various social media channels.

We continue to deliver a professional, engaging and dynamic website which has contributed to increased sales for the TCL brand of TVs. The ongoing analytic reports ensure we are always focused on measuring expected KPIs and monitoring performance. TCL sldo tasked us with creating a full digital media strategy to support their website which builds on their online presence and overall brand recognition. The results speak for themselves with TCL leading their competition in several online activities.

Work with us - SAY HELLO!

We love to chat.
If you have any questions regarding our services or website, please contact us by filling out the following form, e-mailing or calling us and we’ll get back to you as soon as possible.
THINK
CREATE
INNOVATE